Would you like to know how often certain keno balls are selected over a series of games? Now you can with the Android "Keno Analyzer" application. Free version: https://play.google.com/store/apps/details?id=com.requestanapp.kenoanalyzerfree HOW IT WORKS While you participate in a keno game, you will simultaneously "touch" each ball on the app (see screenshot). When the game (race) is over, you can see a "statistics" display showing you which balls were selected (with "heated" coloring based on percentage). Over a series of games, you can see how often each numbered ball was selected - both as a count and percentage. WHAT IS KENO? Keno is a lottery or bingo gambling game often played at casinos, and is also offered as a game in some state lotteries (like Quick Draw in bars/taverns). A traditional live casino keno game (aka race) uses a circular glass enclosure called a "bubble" containing 80 numbered balls which determine the ball draw result. The balls are mixed through the use of an air blower. A lever opens a tube, where the balls lift one at a time into a "V" shaped tube called the "rabbit ears". The caller records each of 20 balls drawn, and the computerized keno system calculates all wagers based on the numbers drawn. Install it today! And if you'd like to see a feature added, let us know and we can include it in the next version available as a free download.
Kommentare ausgeschaltet 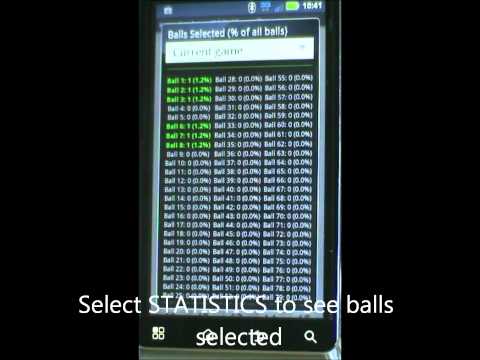