Move over Rihanna, your BFF Jennifer Lopez is coming in for sloppy seconds! The rumor mill is buzzing about Drake and J-Lo’s hot and heavy romance. The rapper and super hot triple threat have been spotted out together A TON lately, and Rihanna ain’t havin it! First let me catch you up on their supposed romance. So Drake and J.Lo are reportedly working on a new project together, and per usual that brings celebs in SUPER CLOSE contact with one another. Well you know, one recording session leads to another, leads to dinner and drinks, leads to attending each others shows in Vegas. AND that’s exactly what happened with Dra-LO… YES, we just coined that combined couple name! Last month in early December Drake went to TWO of J-Lo’s Vegas concerts back-to-back and was also seen leaving a West Hollywood restaurant with her. Fast forward to New Years Eve and they were spotted together once again, this time J-Lo was watching Drake perform. Drake went on at Hakkasan Nightclub on the 31st while J-Lo tried to keep herself out of the public eye, but really didn’t do that great of a job! Side note, she canceled her New Years Eve show in Miami.. No clue as to why… BUT she knew when that hotline bling! Drake performed a number of his hits including his and ex-Rihanna’s hit song, “Work,” but surprisingly cut it short saying, “That was the vibe of 2016 … you’ve got to give it up to my new music.” Drake and Rihanna were off and on for years and FINALLY they went public about dating back in August. Now, if you didn’t know, J-Lo and Bad Girl RiRi used to be super tight, like BFF’s. That isn’t the case anymore. Rihanna did what any pissed off high-profile celeb does, and she UNFOLLOWED J-Lo on Twitter. It’s a vicious friend-love triangle! Last year Rihanna sent J-Lo a pair of $4,000 boots to dance in her music video “Aint Your Mama.” She even called her BFF “The Baddest.” Now Rihanna may be calling Jenny from the Block the baddest, but more in the context of like BADDEST FRIEND EVER! Rihanna has not publicly come out and bashed J-Lo or said anything, but I think the social media shade is enough to draw our own conclusions. What are you guys thinking of this Drake and J-Lo romance? Is it real or nonsense, and does Rihanna have any right to be pissed at J-Lo? I mean RiRi is the one who played with Drake’s heart for years… Let me know what you think in the comments below. Subscribe ►► http://bit.ly/SubToHS Get the scoop - Check out our site: http://www.obsev.com/entertainment Like us on Facebook: http://facebook.com/hollyscooptv Follow us on Twitter: http://twitter.com/hollyscoop Find us on Instagram: http://instagram.com/hollyscoop Hollyscoop brings you the latest entertainment news and breaks down what's happening with the celebrities everyone is obsessing over, like Justin Bieber, Rihanna, Selena Gomez, Gigi Hadid, and more. We keep you up to date with the latest buzz out of Hollywood.
Kommentare ausgeschaltet 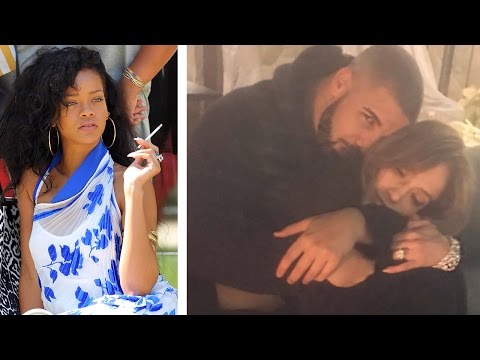