This vid was shot by Larry Witmer (Ohio University) at the Madras Crocodile Bank in southeastern India on 20 July 1997. The Croc Bank team was digging out the pit of their giant saltwater crocodile (Crocodylus porosus) known as "Jaws." The chief human player in this video is noted conservationist Gerry Martin (in the white Phoenix Suns tank top) who at the time was a young employee of Croc Bank founder Rom Whitaker. Gerry can be seen boldly engaging Jaws by slapping him on the nose so that workers on the other side of the pit could safely dig out the pit.
Kommentare ausgeschaltet 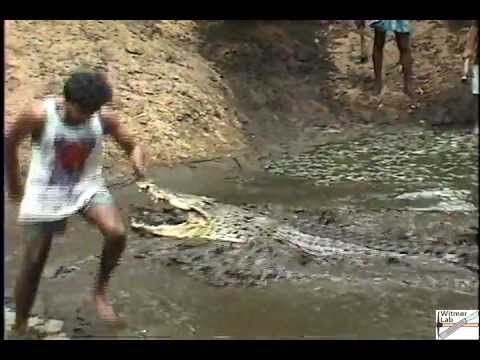