The reason we value truth, accept the scientific method, advocate democracy over communism and MUCH more is because of their pragmatic value for life. Billions of lives have been change thru the Bible, Judaism and Christianity. You could not be watching this video and many would not even be literate or have much freedom if it weren't for the impact of Christianity on the world. Why? Christianity built most human rights, the foundations and most branches of science, public education, medical care and more. These all depend HEAVILY on the principles in the Bible which derive from God and Israelis/Christians following them. Now most secular people have at least some Christian values. HOW CHRISTIANITY CHANGED THE WORLD Every person on the planet should read this book to understand that the origin of many positive values, nearly all human rights (ranging from women's rights to abolition to economic rights and more), science/technology, education, democracy, labor rights etc. just could not exist without Christianity. www.amazon.com/Christianity-Changed-World-Alvin-Schmidt/dp/0310264499 Here's a well done summary of the book, showing how most of the best modern values, including secular values, were largely if not entirely derived from Christianity. http://www.christianbooksummaries.com/library/v3/cbs0334.pdf CHRISTIANITY PIONEERED MOST HUMAN RIGHTS BECAUSE OF THE BIBLE & JESUS (ancient people weren't very advanced human rights, esp. internationally): Christianity pioneered most human rights because other ancient peoples, as Dr. Rene Girard of Stanford & others point out, didn't have much of a concept of human rights or equality. This was because most ancient cultures followed concepts like: **MIGHT MAKES RIGHT: Whoever was strongest made the rules. **PEOPLE ARE PAWNS: The powerful used the powerless no different from beasts of burden. Emperor Chin enslaved millions to build the Great Wall of China. **KARMA & FATE—What people get is punishment from gods..so don't interfere. **THE KING IS THE HIGHEST AUTHORITY: Kings were gods, so the condition of the oppressed couldn't be questioned. **STATE GLORY/WAR IS A HOBBY: War was a hobby of kings. The king's main job was to increase state glory & war. The rights of the victims didn't matter at all. RENE GIRARD & GIL BAILIE'S THESIS ON THE BIBLE & HUMAN RIGHTS "Rene Girard was a secularist French philosopher & anthropologist who taught at Stanford for ~14 years until his retirement. He became fascinated with the fact that in modern times disenfranchised people gain a sort of moral authority & noted that in the last couple centuries human rights have increased exponentially. It was surprising because he could find nothing similar in ancient literature. Victors, not the marginalized, wrote history, & the myths from Babylon, Greece & other places celebrated strong heroes, & ignored the rights of the losers/weak if they mentioned them at all. In his research, he traced this phenomenon back to the historical figure of Jesus. It struck Girard that Jesus' story was radically different from every heroic story of its time. Jesus chose poverty & disgrace, spent his infancy as a refugee, lived in a minority race under a harsh regime & died as a prisoner. From the very beginning, Jesus took the side of the underdog: the poor, the oppressed, the sick, the "marginalied". His crucifixion, Girard concluded, introduced a new plot to history: the victim becomes the hero by being a victim which introduced a student of Girard's called "the most sweeping historical revolution in the world, namely, the emergence of an empathy for victims." Girard contends that Jesus' life & death brought forth a new stream in history, one that undermines injustice. It may take centuries for that stream to erode a hard bank of oppression, as it did with slavery, & sometimes that stream has to confront Christians who have gotten corrupt following the morals of the society of their time instead of God's way. To the consternation of his secular colleagues, Girard eventually converted to Christianity for this & other reasons. from "What Good is God" by Philip Yancey, p. 215-6 See also: http://fora.tv/2009/12/01/Uncommon_Knowledge_Ren_Girard#fullprogram http://www.christianitytoday.com/ct/1999/february8/9t2136.html The Bible's attitude towards the underclass was this: The way you treat the people in trouble is the same way you are treating God. All are equal in Jesus, so you need to care about these people as if they are brothers & sisters & children of God the same as you are. It was because of sentiments like these that Christianity "turned the world upside down (with love)" as one of their critics put it. What you use science for depends mostly on your value system & priorities in life. If your priorities are like Norman Borlaug's or Florence Nightingale's, then great good results. If they are otherwise, some good may or may not result, but science will just be a tool of a selfish dictator.
Kommentare ausgeschaltet 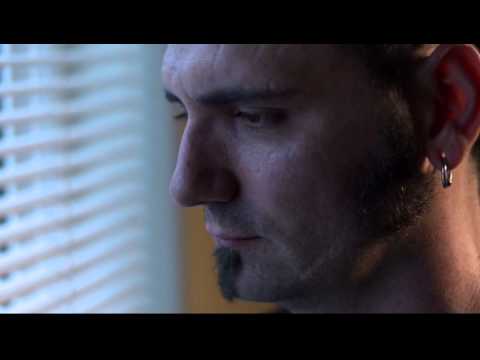