Catch Me If You Can movie clips: http://j.mp/1uuuZHc BUY THE MOVIE: http://amzn.to/ryxS6J Don't miss the HOTTEST NEW TRAILERS: http://bit.ly/1u2y6pr CLIP DESCRIPTION: On his first day of school, Frank (Leonardo DiCaprio) impersonates the substitute teacher. FILM DESCRIPTION: A gifted forger and confidence man attempts to stay one step ahead of the lawman determined to bring him to justice in this comedy-drama from Steven Spielberg, based on a true story. Frank W. Abagnale Jr. (Leonardo DiCaprio) is a 16-year-old high school student who finds himself emotionally cut adrift when his mother, Paula (Nathalie Baye), leaves his father, Frank Abagnale Sr. (Christopher Walken), after Frank Sr. falls into arrears with the Internal Revenue Service. One day at school, Frank Jr. attempts to pass himself off as a substitute teacher, and easily makes the subterfuge work. His small-scale success gives Frank some ideas, and he soon discovers bigger and more profitable ways of hoaxing others, passing himself off as an airline pilot, a doctor, and an attorney. Along the way, Frank learns how to become a master forger, and uses his talent and charm to pass over 2.5 million dollars in phony checks. Frank's increasingly audacious work soon attracts the attention of Carl Hanratty (Tom Hanks), an FBI agent who is determined to put Frank behind bars. Frank seems to enjoy being pursued by Carl, and even goes so far as to call Carl on the phone to chat every once in a while. While posing as a doctor, Frank falls in love with Brenda Strong (Amy Adams), a sweet girl working as a candy striper. When Frank asks Brenda to marry him, he decides to assume a new identity to impress her father, Roger (Martin Sheen) -- who happens to be the District Attorney of New Orleans, LA. Catch Me If You Can was based on the autobiography of the real Frank W. Abagnale Jr., who has a cameo in the film and today works on the side of the law as a top consultant on preventing forgery and designing secure checking systems. CREDITS: TM & © Dreamworks (2002) Cast: Leonardo DiCaprio Director: Steven Spielberg Producers: Daniel Lupi, Walter F. Parkes, Devorah Moos-Hankin, Steven Spielberg, Sergio Mimica-Gezzan, Anthony Romano, Barry Kemp, Michel Shane, Laurie MacDonald Screenwriters: Frank Abagnale Jr., Jeff Nathanson, Stan Redding WHO ARE WE? The MOVIECLIPS channel is the largest collection of licensed movie clips on the web. Here you will find unforgettable moments, scenes and lines from all your favorite films. Made by movie fans, for movie fans. SUBSCRIBE TO OUR MOVIE CHANNELS: MOVIECLIPS: http://bit.ly/1u2yaWd ComingSoon: http://bit.ly/1DVpgtR Indie & Film Festivals: http://bit.ly/1wbkfYg Hero Central: http://bit.ly/1AMUZwv Extras: http://bit.ly/1u431fr Classic Trailers: http://bit.ly/1u43jDe Pop-Up Trailers: http://bit.ly/1z7EtZR Movie News: http://bit.ly/1C3Ncd2 Movie Games: http://bit.ly/1ygDV13 Fandango: http://bit.ly/1Bl79ye Fandango FrontRunners: http://bit.ly/1CggQfC HIT US UP: Facebook: http://on.fb.me/1y8M8ax Twitter: http://bit.ly/1ghOWmt Pinterest: http://bit.ly/14wL9De Tumblr: http://bit.ly/1vUwhH7
Kommentare ausgeschaltet 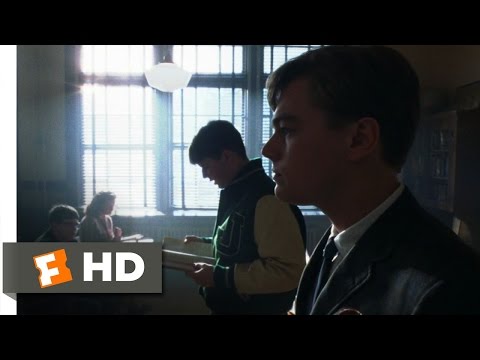