Australia's Tom Slingsby wins gold in the men's laser sailing event from Weymouth and Portland at the London 2012 Olympic Games (6 August). Subscribe to the Olympic channel: http://bit.ly/1dn6AV5 Sailing was first contested as an Olympic sport at the 1900 Paris Games. Since then, the classes of boats allowed to compete have continually evolved to reflect advances in yacht design and technology. Equipment advances over the past 20 years have created a trend towards smaller and lighter craft, placing ever greater demands on both the athletic and technical capacities of the sailors. Find more about Sailing at http://www.olympic.org/sailing
Kommentare ausgeschaltet 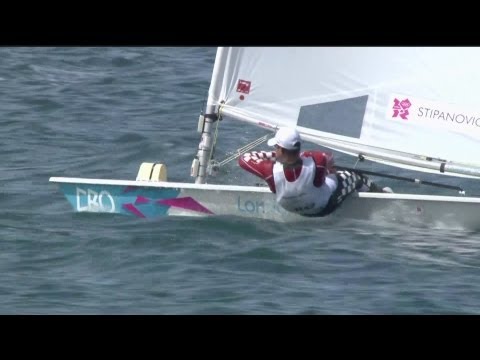