Glenn Pew for AVweb.com. Video of a plane crash as it was experienced from the right seat, inside the cockpit. The accident took place on Saturday June 30, 2012 near Bruce Meadows airstrip, not far from Stanley, Idaho. At the time of this report, information was preliminary and subject to change, but some had been collected by the NTSB. The aircraft is a Stinson model 108-3, a 165 horsepower single-engine high-wing propeller-driven plane capable of carrying four, plus full fuel, and light baggage. All four occupants survived the crash with the pilot suffering the worst injury. The cause of the crash is yet undetermined, but an aircraft's performance is dependent, among other things, on the density of the air it moves through. The pilot appears to have faced "high density altitude" conditions which degrade an aircraft's takeoff and climb performance. For more, visit AVweb.com: http://www.avweb.com/avwebflash/news/stinson_crash_cockpit_video_ntsb_faa_207184-1.html
Kommentare ausgeschaltet 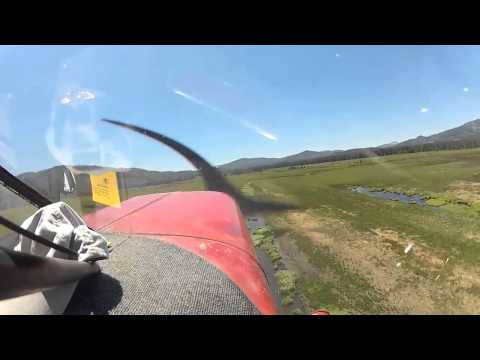