Subscribe to Vesti News https://www.youtube.com/channel/UCa8MaD6gQscto_Nq1i49iew?sub_confirmation=1 On Thursday, Russian President Putin paid a visit to Hungary where he held talks with the country's Prime Minister Viktor Orban. The leaders’ conversation was based on a common understanding of global and regional challenges. A mutual liking of each other was felt. But for the European Union it was a real shake-up, as Viktor Orban is an enfant terrible for the EU, because he strongly disagrees with Angela Merkel's migration policies as well as with many other issues. If this stance is combined with the traditional Hungarian firmness of character, one can imagine how annoying Budapest is for the Brussels bureaucrats now. Orban was even once told that if they had been discussing Hungary's admission to the EU at that moment, the country would have never become a member. Given the background of Putin's upcoming visit to Budapest, the title of the Süddeutsche Zeitung isn't surprising - ”The two men, who can split the EU”. The article described the horrors of Russia, and in the end, it had a muddy bashing on Russian diplomats, who supposedly support the radical right-wing groups in Hungary and even taught them to shoot from air rifles. Generally, it is the German press that gives the most hostile coverage of the meeting between Putin and Orban in Budapest. Die Welt even imputes to the Russian and Hungarian leaders the fact of being men of their word. And this is thought to be rather old-fashioned. They both tend to address issues in an old-fashioned way - through a handshake of two men whose word is a law.
Kommentare ausgeschaltet 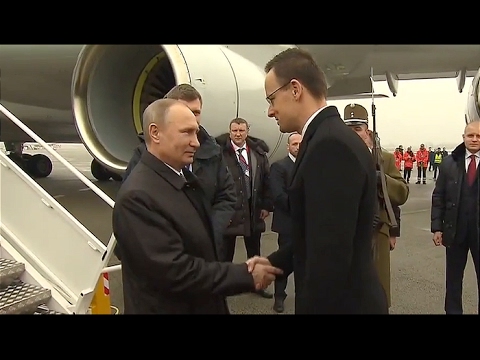