Like what we do? Please Donate: http://tinyurl.com/donate-to-the-camps Initial construction of the Xi’an city wall took place during the Tang Dynasty. At first, the wall was built out of layers of earth with the base layers being made from quick lime and glutinous rice extract. Later, during the Ming Dynasty, enlargement of the wall began, resulting in the structure we know today. The wall at Xi’an has undergone restoration three times throughout the centuries and as a result, it’s the most complete surviving city wall in China, and one of the largest ancient military defensive systems in the world. The Xi’an Market Xian is one of the oldest cities in China and was the starting point of the Silk Road 1,000 years ago. Because of this, middle eastern merchants and students flocked to these few city streets and married the local Huon Chinese, thus, the muslim district was born! Today, it is a tight nit community of over 60 thousand Chinese muslims who combine middle eastern and Chinese traditions every day. As we walked the chaotic labyrinth, we tried to process our senses. The sight of cricket fighting rings, the smell of eastern spices, all set against the islamic call to prayer. It was overwhelming, sometimes shocking, but never boring. Overall, China was rough on our stomachs but the best meals we’ve ever experienced happened right here on these streets. This was by far our favorite city in all of China. We spent 3 days here but it was not enough time. We skipped the Terracotta Warriors though and reading more about this site, we were OK with that. ☑SUBSCRIBE ☑LIKE ☑SHARE ☐GET ON PLANE ________________________________________­______ MUSIC ♪ 秋冬之美第二段 - 王建民 by ??? https://www.youtube.com/watch?v=CQ6fB4r7b4s ________________________________________­______ FOLLOW THE BEARD! ✩ Instagram - http://instagram.com/becausewecamp ✩ Blog/Website - http://www.becausewecamp.com ✩ FaceBook - https://www.facebook.com/becausewecamp ________________________________________­______ Thank you for watching: China Vlog: Xi'an 西安 City Wall & Muslim Market -~-~~-~~~-~~-~- Watch: "Exploring an abandoned part of Zhangjiajie National Park in China" https://www.youtube.com/watch?v=2EOU59_Inm0 -~-~~-~~~-~~-~-
Kommentare ausgeschaltet 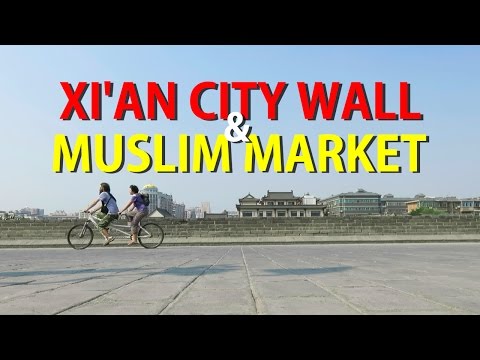