A few of my friends and I found a few glitches and decided to throw them together into a speedrun. 1.) Biscuit strats (item duplication): If two or more players pick up an item at the same time they both pick up the item. We use this to get infinite total biscuits for damage with our fireballs from the dragon hat. 2.) Level skipping: If two or more players enter a door at the same time you progress levels equal to the number of players who do this. We use this to skip all but one of the hostile levels up to the scourge wall. Setups: Classes: We all used the peon class to get a total biscuit to start from the random item Hats: We all used the dragon hat for the fireballs that scale with your magic damage because we used biscuit strats. Companion: Two of us used haste beetles and the other used the flame of hope (didn't have the beetle) so we could run through the villages as fast as possible while still using the dragon hat (over the bat wing/floaty ghost combo) The only editing I did to the video as far as cutting things out was just cutting some of the run farming (for the biscuit) out. With the level skipping glitch some players may encounter a glitch like I did during the run where multiple levels (and even biomes) may fuse together into one level. That is why I had that veldt/dungeon/village. Note, I ended with 0 points. I killed nothing at all during the run (this is only because we skipped everything and one of my partners got the kill on the boss)
Kommentare ausgeschaltet 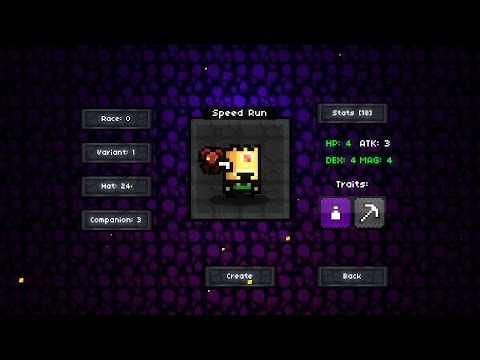