Broder &Abdel-Samad: A Jew & a Muslim driving through Germany. With English subtitles

1. season, episode 5 of ´Entweder Broder´, a series about Broder and Abdel-Samad driving around in Germany, meeting people and talking with them about topics like politics, religion, tolerance, democracy... In this episode, they visit the Munich Oktoberfest, but one of them is wearing a burqa... Later they meet a Muslim imam, go to a Protestant church service for animals, talk to a Catholic priest, a Jewish rabbi and a Hindu priest. You can´t describe it... you have to see it! Hilariously funny, audacious and smart. Henryk M. Broder, born in 1946, is a Polish-born German journalist, award-winning author and TV personality, known as the most outspoken personality in the German-Jewish community. He is married to a German publisher and lives in Berlin. Hamed Abdel-Samad, born in 1972 in Gizeh, Egypt, is a German-Egyptian political scientist and author. The son of an imam and a member of the Muslim Brotherhood in his university days, he later became an atheist (´I converted to knowledge´.) He arrived in Germany at the age of 23 and studied political science in Augsburg, Bavaria. Until 2009 he taught at the Institute for Jewish History and Culture at the University of Munich; then decided to become a full-time professional writer. He is married to a Japanese. Following the publication of his book ´My farewell to heaven´ 2009 in Egypt, a group issued a fatwa against Abdel-Samad and he was put under police protection. His YouTube channel, Hamed.TV (in Arabic) has 25k+ subscribers and 4M+ video views. In 2011, the NASA named an asteroid after him, by the way :) No copyright infringe intended. I do not own anything in the video, everything belongs to its respective owners.
Kommentare ausgeschaltet 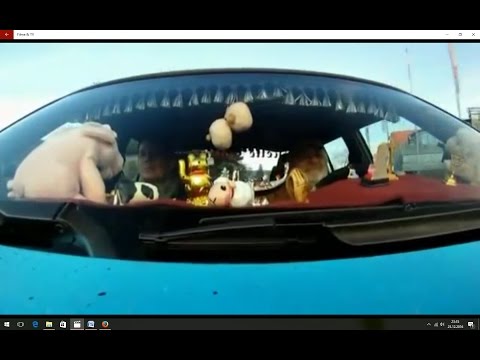 Broder &Abdel-Samad: A Jew & a Muslim driving through Germany. With English subtitles