Sometimes you want to film something as simple as a chase scene! Add in a bunch of cool friends, an amazing zombie and a sweet location to set it all up and this is the result. Starring Travis Noble Graves of The Tribe as the Hunter. Featuring Mark Toorock, Adrienne, Kate, Kozy and Melanie as the runners. Shot and edited by Pete Waterman (http://facebook.com/trackpete). Everyone in this video is in their 20's and 30's (maybe someone in their 40's, shh), just another reminder that you don't have to be a kid to go play outside and have fun! If you're interested, a lot of the gear worn in this video can be purchased from American Parkour at http://store.americanparkour.com. -- Filmed hand-held (obviously) on a Canon 5D Mark III with a Canon EF 24mm f/2.8 IS lens in 24p Magic Lantern RAW (apologies for the occasional skipped frames, I was having too much fun to notice). Background track is Nightmare by DZZ. "Plot" inspired by my favorite grade school joke about a Pink Gorilla.
Kommentare ausgeschaltet 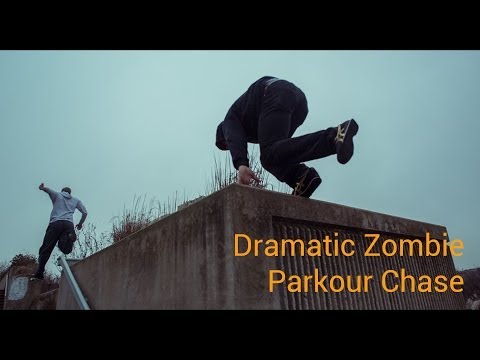