top 10 most ridiculously expensive items Floyd Mayweather bought Subscribe to TheSportster http://goo.gl/mZKUfd For copyright matters please contact us at: david.f@valnetinc.com Floyd Mayweather is not shy with his money. The undefeated boxer has spent years living lavishly, earning millions of dollars, and using that money to live the best life possible. All along the way, Mayweather has purchased some very expensive items and things that people could only dream about. Not only did Mayweather spend millions on a sports car, but it is deemed one of the most expensive cars in the world. Mayweather loves to gift loved ones and that’s likely what he did when he spent hundreds of thousands of dollars on Hermes Alligator bags. Mayweather loves to travel around in style and that’s exactly what he did when he ordered the Mercedes party bus for him and his crew. When he’s not boxing, Mayweather is living it up a huge mansion that he has dubbed “The Big Boy Mansion”. One of the most expensive pieces of paper that Mayweather owns is his own contract which he played hundreds of thousands of dollars to get. When you’re as rich and famous as Mayweather, you have the ability to purchase and maintain your own private jet. Over a million dollars has also been poured onto his wrist in the form of an extremely expensive Hublot watch. More jewelry has also been purchased by Mayweather, including over $10 million worth to help celebrate the new year. When Mayweather wants to travel, he has the option of visiting his million dollar Miami penthouse. Mayweather also owns two extremely expensive Bugatti vehicles. Watch to see these expensive purchases and how Mayweather spends his millions of dollars! For more videos and articles visit: http://www.TheSportster.com
Kommentare ausgeschaltet 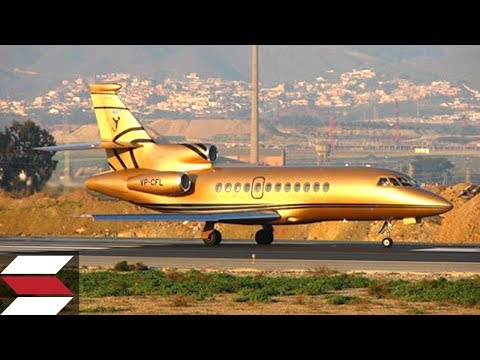