The appearance of giant craters in Siberia sparked dozens of wild theories about their origins, from meteorites to UFOs. An RT Doc crew travelled to the region to try to find explanations for the geological mystery. Mysterious giant craters have started to appear in Siberia, some say they're a new phenomenon others that they have existed since the dawn of time. This riddle of nature attracted RT Doc to the land of the nomadic Nenets. Our team met visiting scientists and locals, in search of answers either from research data or ancient legend. The natives dismiss scientific explanations for the sinkholes preferring to believe the craters are a “connection to another world.” Anyone who lives there, including the nomads who roam the tundra must hear the voice of the Earth. So they believe that something extraordinary happened, and that the reason behind it is supernatural. Science on the other hand offers a much more prosaic explanation, pointing to the fact that the sinkholes have appeared in a gas-rich region. However, there is one mystery that not even the scientists can answer: the holes are perfectly round. What’s more, dozens of smaller sinkholes have been found around giant ones. The first massive craters were discovered in 2014 by helicopter pilots in the Yamalo-Nenets region in Siberia. The RT Doc filming crew used a helicopter themselves to take a closer look at the sinkholes and how they turn into lakes. Looking into the mystery holes of the Russian Yamal peninsula is an experience of a lifetime. The largest of the craters, discovered a year ago, is 60 meters deep and could accommodate a 25-storey building. But the craters aren't the only unusual site in this land of permafrost which had another surprise in store for our filmmakers. While filming they found mammoth bones that have remained hidden for ages, literally. The locals were worried that taking them away would be bad luck. “If you take a mammoth tusk from the permafrost, you should kill a deer, in the place where you found it" – they explained. Our team didn’t have a deer to spare, so the mammoth bones respectfully remained in their rightful place. SUBSCRIBE TO RTD Channel to get documentaries firsthand! http://bit.ly/1MgFbVy FOLLOW US RTD WEBSITE: https://RTD.rt.com/ RTD ON TWITTER: http://twitter.com/RT_DOC RTD ON FACEBOOK: http://www.facebook.com/RTDocumentary RTD ON DAILYMOTION http://www.dailymotion.com/rt_doc RTD ON INSTAGRAM http://instagram.com/rt_documentary/ RTD LIVE https://rtd.rt.com/on-air/
Kommentare ausgeschaltet 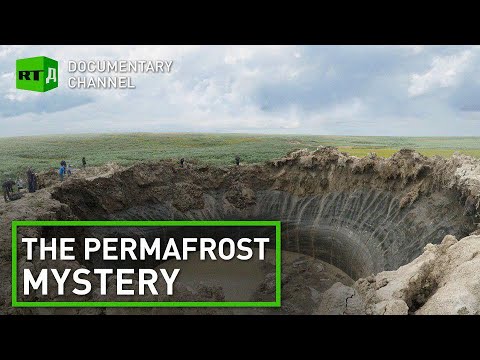