An elephant has lashed out at a religious festival in Kerala, India and raised concerns about its welfare after footage of the incident went viral. Elephant attack in Kerala. The Thalappoli festival features a music-filled procession headed by richly caparisoned elephants. One of the elephants, named Devidasan, was taking part in the event at the Bhagavathi Temple in the south Indian state of Kerala when things went awry. During the procession, Devidasan went on a rampage and started picking up cars, scooters, tuktuks and vans with his trunk and destroying them. The clearly distressed animal threw several of the vehicles into the air multiple times before smashing them on the ground as panicked onlookers fled the area. Two mahouts (elephant trainers) were on the back of the animal throughout the ordeal trying to control him. It reportedly took several hours to finally bring Devidasan under control. It has been reported the elephant may have been suffering from a case of “musth” — a testosterone-fuelled rage that periodically besets male elephants. The incident comes just weeks after another elephant was caught on camera on a similar rampage in East India. The wild animal ran amok through a town, trampling cars and motorbikes as crowds of people gathered to watch from balconies and roof tops. Source: http://www.news.com.au/technology/science/animals/elephant-rampage-cluster-prompts-concerns-about-animal-welfare/news-story/8b1c0a1a4e864e8954807a0e0a631eab This footage is part of the professionally-shot broadcast stock footage archive of Wilderness Films India Ltd., the largest collection of HD imagery from South Asia. The collection comprises of 150, 000+ hours of high quality broadcast imagery, mostly shot on HDCAM / SR 1080i High Definition, Alexa, SR, XDCAM and 4K. Write to us for licensing this footage on a broadcast format, for use in your production! We are happy to be commissioned to film for you or else provide you with broadcast crewing and production solutions across South Asia. We pride ourselves in bringing the best of India and South Asia to the world... Please subscribe to our channel wildfilmsindia on Youtube for a steady stream of videos from across India. Also, visit and enjoy your journey across India at www.clipahoy.com , India's first video-based social networking experience! Reach us at rupindang [at] gmail [dot] com and admin@wildfilmsindia.com To SUBSCRIBE click the below link: www.youtube.com/subscription_center?add_user=WildFilmsIndia Like & Follow Us on: Facebook: www.facebook.com/WildernessFilmsIndiaLimited Website: www.wildfilmsindia.com
Kommentare ausgeschaltet 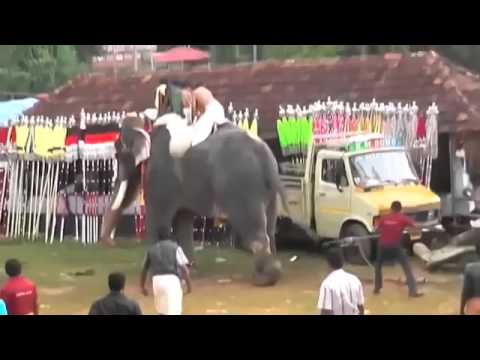