Images captured immediately before and during the umbra phase of the total solar eclipse on March 9, 2016 reveals a series ofl planetary objects to the upper right of photos. The images were captured while on an Alaska Airlines flight 870 from Anchorage to Honolulu. The images suggest the presence of a planetary body and moon complex (Nibiru-Planet X) in proximity to the sun. The first image was captured 2 minutes prior to totality and the remaining images were captured during the totality phase. Skytv revealed an amazing capture of a second sun in retrograde orbit around our Sun. The credible TV image was captured on March 1, 2016 and shows a massive planetary entity behind the clouds, therefore disproving the lens flare theory, and suggesting a genuine celestial presence. Background Music: Lurking- Silent Partner Public Domain
Kommentare ausgeschaltet 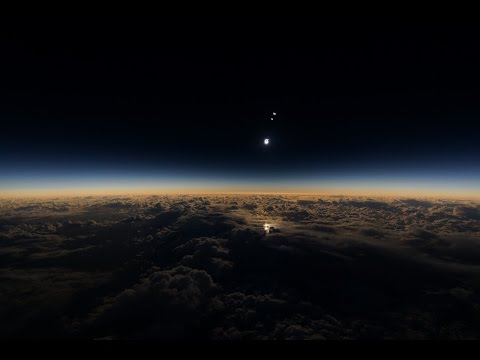