Top 10 tragic water slide accidents. From a looping water slide that causes injuries, to a ride collapsing when 32 students pile onto it. We count down the top 10 tragic water slide accidents. In 1987, a visitor to Action Park, nicknamed Accident Park, whilst riding in the wave pool. The waves at the ride were known for pulling you under, rather than pushing you up as they do in the ocean. On August 1st 1982, a 27 year old man was electrocuted while on the Kayak Experience ride. The man was hospitalised but later succumb to his injuries. It was later revealed that the underwater fans were not working correctly, causing the electrocution. On 9th of June 1991, two men were at Kings Island theme park in Ohio. The men were electrocuted in the pond as they were trying to rescue another man in the waterside pond. The man they were saving escaped with injuries whilst the men trying to save him were electrocuted. On June 2nd 1997 32 teenagers piled onto a waterside in water world USA in California, causing the ride to collapse. This resulted in injuries for all students and the of 1 17-year-old girl. The cannonball looper also known as the looping water slide was located in Action Park. The incredible loop meant that the riders had to go at very high speeds for it to work. Many people faced terrible injures because of its ridiculous design. In 2002, the dangerous ride was shut down after a 19-year-old missed the water and was. In april of 2004, 16 year old student Haley Williams visited the Oakwood theme park in Wales. However, her harness was not properly attached, causing her to fall 100ft. In June of 2015, hundreds of people at a water park in Taiwan were injured. The occurred after a fire erupted on a music stage, leading to an when the fire met an unknown powder. In January of 2009, a 59 year old man from Manchester, England decided to visit Discovery Cove water park. Located in Action Park, Alpine Slide ride is often though of as the park’s most dangerous. the swerving ride, built on a slope involved you riding down at high speeds due to the water. Featuring: Wave Pool Kayak Experience Kings Island Waterworld USA Cannonball Looper Human Catapult Hydro Ride Taiwan Water Park Discovery Cove Alpine Slide Subscribe here ► http://bit.ly/top10stv Donate to Top 10s ► http://bit.ly/top10spt Follow Top 10s on Twitter ► http://bit.ly/top10stw Like Top 10s on Facebook ► http://bit.ly/top10sfb Add Top 10s on Google+ ► http://bit.ly/top10sgplus Credits: http://pastebin.com/1SRCw940 Licensed under Creative Commons: By Attribution 3.0 & 2.0 http://creativecommons.org/licenses/by/3.0/ http://creativecommons.org/licenses/by/2.0/ Intro: Mirage Music: Ghost Story Kevin MacLeod (incompetech.com) Licensed under Creative Commons: By Attribution 3.0 http://creativecommons.org/licenses/by/3.0
Kommentare ausgeschaltet 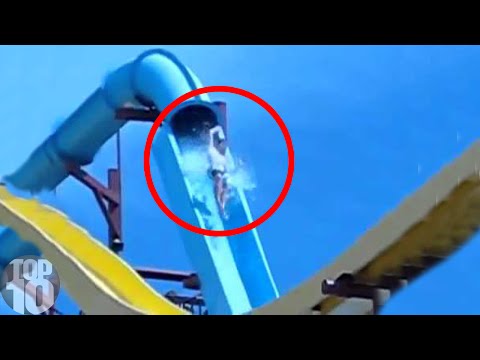