MOST Insane Military Aircraft In The World

The top most impressive military aircraft on Earth! From fifth-generation fighter jets to experimental space planes #9 Boeing EA-18G Growler The most advanced modern method of airborne electronic attack, the EA-18G Growler is a source of military support in the field. This plane safeguards strike aircrafts thanks to its ability to tactically jam and protect electronics during hazardous missions. Thanks in part to powerful afterburners, the maximum speed of the Growler is a whopping 1,190 miles per hour or Mach 1.8. The EA-18G typically isn’t weighed down by heavy machinery as its normal payloads consist of external fuel tanks, jamming pods, and some missiles. A larger jet, the Growler has room for a single pilot and a weapons system officer, despite being equipped with minimal projectile weapons. Regardless of equipped self-defense capabilities, though, pilots of this plane tend to be more concerned with matters of disruption and radar-tampering. #8 Lockheed Martin X-59 QueSST One of the latest projects of the United States X-planes, a category assigned to experimental planes under development for the U.S. government, the X-59 Quiet Supersonic Transport, or QueSST for short, was devised to test the potential for supersonic transport. Lockheed Martin won the design contract to build this aircraft in 2016 with an extensive time table for building, testing and reporting the results of scale models beforehand. Earlier this year, NASA awarded them with a $247.5 million contract to continue with the project and go on to fully design, construct and deliver the plane by 2021. The sharp-looking, needle-nosed aircraft is meant to work as a low-boom flight demonstrator as its expected to have a ground noise of about 60 decibels. That’s only one one-thousandth the volume of a current supersonic plane. The QueSST’s long, narrow frame plays a large part in this process as it keeps the shock waves generated by the supersonic speeds from coalescing. Though still in its early stages of development, the quest to create a speedy yet silent aircraft looks optimistic with the X-59!
Kommentare ausgeschaltet 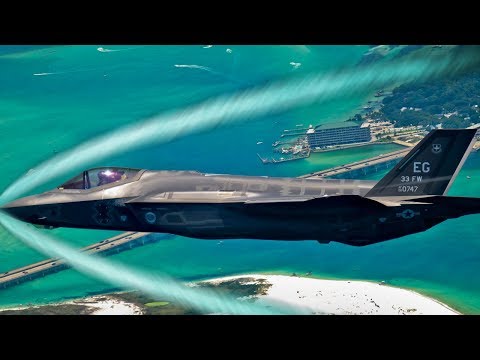 MOST Insane Military Aircraft In The World