A selection of video clips taken of Roe bodied AEC Regent V 952JUB at the Leeds Vintage Bus Running Day on 23rd August 2015. This bus is fitted with an AEC AV590 engine and 4-speed "Monocontrol" semi-automatic transmission. The transmission is quite loud, as is the exhaust! 952JUB was new to Leeds City Transport in 1964 as fleet number 952. It remained in Leeds until 1976 when withdrawn and sold to OK Motor Services on Bishop Auckland. OK never operated the bus, instead selling it on to Tyne & Wear PTE, where it became fleet number 413. An acute vehicle shortage meant that the bus was never repainted into TYPTE colours, instead having a single yellow panel painted yellow on both sides and front and back. The bus was sold for preservation in 1977, and is usually kept at the Lincolnshire Road Transport Museum in Lincoln.
Kommentare ausgeschaltet 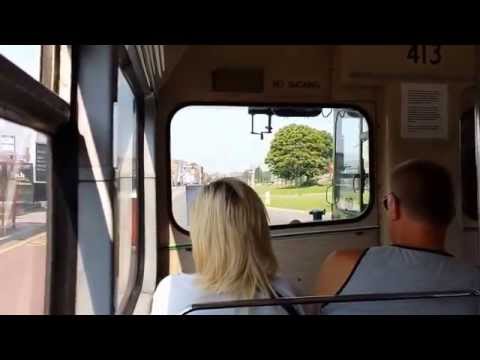