In the latest economic report from Global Macro Investor, Pal covers a litany of devastating figures on the state of economies around the world, from rapidly rising unemployment numbers in the US to plummeting retail sales in China. He says a sharp V-shaped recovery is highly unlikely.

“I think that growth will not recover meaningfully from this massive economic hit. I think the narrative of hope is false hope. I would handicap a U-shaped recovery at 30%. I’d handicap a full debt deflation at 70%. Yeah. 70%.”

He expects baby boomers to “sell every rally they can to protect their last, rapidly diminishing nest egg.” After that, he predicts boomers will stop spending, triggering slower growth and contributing to a mounting debt crisis. According to Pal, the only answers to the impending calamity are gold and Bitcoin.

“Gold is the protection of our assets. Bitcoin is the call option on the future system. Both are going to save us and probably make us rich… Gold can go up 3x or 5x in the next three to five years.

Bitcoin, well, that’s a different story. I think [BTC] can get to $1 million in the same time period.”

Pal says gold now has a $15 trillion market cap, if assets that reflect the price of gold on paper are included. By that logic, and considering his bullish stance on gold’s future growth, Pal says it’s realistic to expect the Bitcoin price could rise to a $10 trillion market cap.

“Would it be crazy for Bitcoin to have a $10 trillion valuation? After all, it isn’t just a currency or even a store of value. It is an entire trusted, verified, secure, financial and accounting system of digital value that can never be created outside of the cryptographic algorithm. It is nothing short of the future of our entire medium of exchange system, and of money and the platform on which it operates…

I think this is the biggest trade of our lifetimes and just at the time when we need it most.”

Pal cautions that forecasting years into the future is a “complex and risky affair” and only time will tell if his theories are accurate.

For now, Pal says he’s buying Bitcoin every day. However, he’s not going all-in on the extremely risky asset, which is known for its dangerous volatility and violent moves to the upside and downside.

“The allocation I am personally aiming for, on my total available liquid assets, is 25% trading investments, 25% cash (all dollars), 25% gold and 25% Bitcoin.”

The BTC price has seen a strong rebound from $6,800 to $7,600 within a four-day span, recording a 12% increase. Two technical factors are likely to push BTC to $8,000 in the near-term as traders anticipate a strong weekly close. 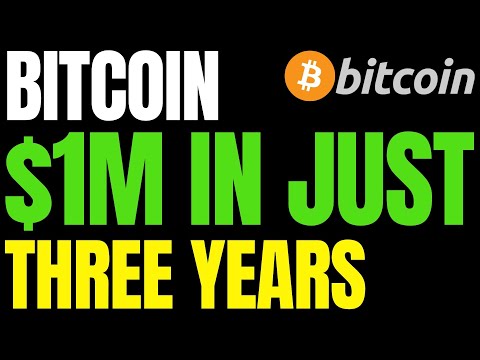