Considered an important part of the Belt and Road Initiative, the China-Europe freight train service has injected new vitality into Xi'an.

Xi'an, capital of northwest China's Shaanxi Province, has been an important gateway to China's opening-up since ancient times. It was the capital of the Tang Dynasty (618-907) and the starting point of the ancient Silk Road. Its political and economic ties with foreign countries dates back over 3,000 years.

More than 5,000 types of goods, including automobiles, textile raw materials, household cleaners and personal care products, are transported by the freight trains.

The freight train service adopts a segmented transport system, which does not require the personnel involved to be quarantined. The "non-contact" feature is especially significant, especially during a pandemic.

“The freight trains have become ‘locomotive envoys of the ancient Silk Road’, exporting products that are made in China and importing specialty products of countries involved in the Belt and Road Initiative into the Chinese market,” Liu said.

Music:
Everything You Need Is By Your Side by Vlad Gluschenko
https://soundcloud.com/vgl9
Creative Commons — Attribution 3.0 Unported — CC BY 3.0
Free Download / Stream: https://bit.ly/al-everything
Music promoted by Audio Library https://youtu.be/jqrSrcAv97A 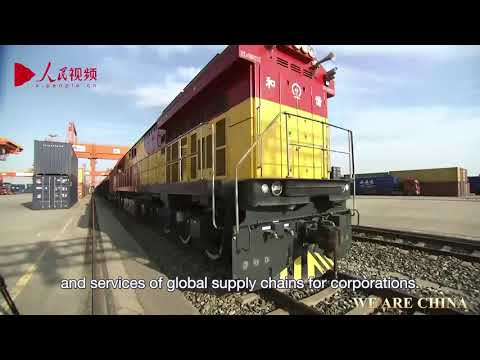 Considered an important part of the Belt and Road Initiative, the China-Europe freight train service has injected new vitality into Xi'an. Xi'an, capi...