According to Robert Kiyosaki, an American entrepreneur and ‘Rich Dad Poor Dad’ author, owning Bitcoin (BTC), silver, and gold is a wise decision because the “Federal Reserve is dead.”

He cited the increase in so-called “zombie companies” and their respective debts, purportedly at $900 billion. Kiyosaki writes that the debt “zombies” have will pass $1.6 trillion next year, putting risk on the Federal Reserve.

“FED is Ded. Loans to Zombie CEOs cannot be paid back. In 2020 Zombies owe $900 billion with decling income. By 2021 Zombie debt to pass $1.6 trillion. Got gold, silver, Bitcoin? “Accept what ever comes to you woven in the tapestry of your destiny.” Marcus Aurelius. Take care.”

To combat this trend, alongside a potential debt crisis and money printing, Kiyosaki has effectively prescribed Bitcoin, silver, and gold. He has mentioned those assets to his over one million followers ad nauseam over recent months.

The “Rich Dad Poor Dad” author says that those assets are “real money” while the fiat money printed by Federal Reserve is “fake.”

Kiyosaki isn’t only bullish on Bitcoin in spirit — he has a price target for the cryptocurrency. He wrote in May that BTC could hit $75,000 in the next three years while the two precious metals also perform well.

Kiyosaki’s poignant comments on the economy and its relation to gold and Bitcoin comes as the precious metal has rallied.

A low market-cap coin is gaining recognition after printing 5,000% gains since April 2019.

Crypto analyst and investor Alex Saunders tells his 35,000 Twitter followers that he came across Synthetix (SNX) after attending the Edcon Conference in Sydney last year.

Synthetix is a derivatives trading platform built on the Ethereum blockchain that allows users to bet on a number of assets including stocks, crypto, fiat currencies, and commodities.

Those who wish to participate in the market can do so trading by their BTC or ETH into Synthetic Network Tokens (SNX), which can be locked up as collateral to produce synths such as the sUSD (synthetic US dollar). Traders who hold synths can bet whether a particular stock or currency will rise or fall.

What’s unique about Synthetix is that users who choose to stake their SNX tokens as collateral can earn rewards.

SNX’s value proposition of reducing circulating supply by introducing rewards, compelling users to stake massive amounts of coins, and enabling them to get exposure to other assets appears to be driving demand.

Synthetix is currently the third-largest DeFi platform with over $259 million worth of assets locked. The cryptocurrency has a market capitalization of $154.2 million according to CoinMarketCap. 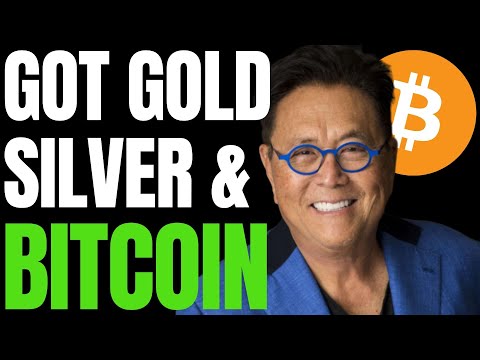 ➡️ TEEKA TIWARI - Investment of the Decade: http://2020.cryptonewsalerts.net According to Robert Kiyosaki, an American entrepreneur and ‘Rich Dad Poor...