Bitcoin Super Cycle Could Bring BTC to $1,000,000 in Four to Five Years | Altcoin Season Has Arrived

Dan Held thinks Bitcoin (BTC) could skyrocket to $1 million in four to five years due to what he anticipates will be an unprecedented influx of institutional investment.

Held, Kraken’s head of business development, sat down with Cointelegraph’s YouTube channel to expand on his belief in a potential Bitcoin super cycle.

“I think this [bull run] versus other cycles will be much stronger because we will have institutional money flowing in. We’ll have much more developed architecture, we’ll have much better marketing…

Well, what happens when the whole world wakes up to Bitcoin’s value prop of being this decentralized store of value that’s not seizable? If socialism rises, if taxes rise, I could see tons of people flowing trillions and tens of trillions of dollars into Bitcoin, so Bitcoin might not just stop there, it could go to $1 million.”

Held says 90% of his personal financial portfolio is in Bitcoin. He says he definitely wouldn’t recommend that portfolio construction for most other investors, and the value of his BTC has grown exponentially through the years in relation to his traditional investments.

The Kraken executive also says he doubts blockchain technology is well-suited for any other application aside from powering the Bitcoin network.

On the latest episode of DataDash, Merten says that for the first time in two-and-a-half years, the collective altcoin market has broken through a key line of resistance against Bitcoin (BTC).

“We’ve obviously had a breakout here and the momentum has been building up here. We talked about this for the last few weeks to watch out for this and we finally have gotten it... For this to continue climbing, what are we really going to need here? Is it going to be a lot of small-cap plays?

“In the short term, we need to start seeing some of the large-caps move. I’m talking about Etherium, Litecoin –some of these larger, more established cryptocurrencies, to really solidify the breakout…

The monthly [chart] has been signaling this since back here in September when ETH set its last low.”

Merten is particularly bullish on iExec (RLC), Chainlink (LINK), Cosmos (ATOM), and REN, but he thinks that Cardano (ADA) is headed for a pullback after sustaining a huge rally from about 2 cents in March to a high of 13 cents on Tuesday.

“We can see here that in the short term ADA is a little bit overextended. It’s had a great rally here so it might be time for it to play a little bit of catch-up.”

Bitcoin Super Cycle Could Bring BTC to $1,000,000 in Four to Five Years | Altcoin Season Has Arrived 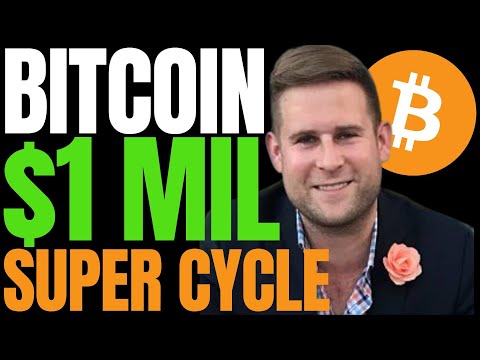