Robert Ambrose is the director of bands at Georgia State University, the conductor of the Atlanta Chamber Winds and the National Chamber Winds, founder of the Digital Director's Lounge, and is the chair of the CBDNA Covid-19 Response Committee.

Robert’s journey from guitarist to college band director and all of the people who took an interest in his career and helped to push him along. Having the courage to ask for what you want and a brief discussion of impostor syndrome. The band program at Georgia State, the Atlanta Chamber Winds, and the National Chamber Winds. The CBDNA Covid-19 Response Committee and the Digital Director’s Lounge. Links:

Conductor Robert J. Ambrose enjoys a highly successful and diverse career as a dynamic and engaging musician. His musical interests cross many genres and can be seen in the wide range of professional activities he pursues. Dr. Ambrose studied formally at Boston College, Boston University and Northwestern University, where he received the Doctor of Musical Arts degree in conducting.

Dr. Ambrose has conducted professionally across the United States as well as in Australia, Canada, Finland, Germany, Greece, Hong Kong, Singapore and Taiwan. His interpretations have earned the enthusiastic praise of many leading composers including Pulitzer Prize winners Leslie Bassett, Michael Colgrass and John Harbison. He has conducted over two dozen premiere performances including works by Michael Colgrass, Jonathan Newman, Joel Puckett, Christopher Theofanidis and Joseph Turrin. Dr. Ambrose has conducted Arnold Schoenberg's landmark piece Pierrot Lunaire several times in three different countries and a recent performance of Igor Stravinsky's Symphony of Psalms under his direction has been given repeated airings on Georgia Public Radio.

Dr. Ambrose is founder and music director of the Atlanta Chamber Winds a professional dectet specializing in the promotion of music by emerging composers as well as lesser-known works of established composers. Their premiere compact disc, Music from Paris, was released in 2009 on the Albany Records label and has received outstanding reviews in both Fanfare and Gramophone magazines.

As a guitarist, Robert Ambrose has performed in dozens of jazz ensembles, combos, rock bands and pit orchestras. His rock band "Hoochie Suit," formed with members of the Chicago Symphony Orchestra, received rave reviews throughout the Chicago area and performed for such distinguished guests as Yo-Yo Ma and Daniel Barenboim.

Dr. Ambrose currently serves as director of bands, associate professor of music and associate director of the School of Music at Georgia State University, a Research I institution of 32,000 students located in Atlanta, Georgia. As director of bands he conducts the Symphonic Wind Ensemble, maintains a highly selective studio of graduate students in the Master of Music in wind band conducting degree program, and oversees a large, comprehensive band program comprised of four concert ensembles and three athletic bands.

Are you planning to travel with your group sometime soon? If so, please consider my sponsor, Kaleidoscope Adventures, a full service tour company specializing in student group travel. With a former educator as its CEO, Kaleidoscope Adventures is dedicated to changing student lives through travel and they offer high quality service and an attention to detail that comes from more than 25 years of student travel experience. Trust Kaleidoscope’s outstanding staff to focus on your group’s one-of-a-kind adventure, so that you can focus on everything else! 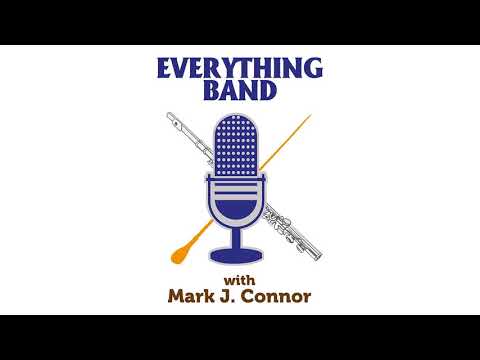 Robert Ambrose is the director of bands at Georgia State University, the conductor of the Atlanta Chamber Winds and the National Chamber Winds, founde...