My experience with lockdown was a bit tough because I didn't leave the house for more than two months, I had some mild flu-like symptoms. Given my attention to Covid 19 and not having had the test, I still avoided going out so as not to put other people's health at risk.

In fact, my main concern was for all those who do not have the means to survive in the best way, such as, the inhabitants of Metropoliz - a community of migrants, where I also live in Rome. Under these conditions you risk not only being under house arrest, but also being walled up alive inside a tomb. Fortunately there are many social activists who create the conditions to react to this state of affairs, working well to develop real housing solutions.

I am also very afraid of the powers that governments assume in these emergency situations, severely limiting personal freedoms. No problem if we understand the reasons for their action, a little more when they don't seem motivated by understandable reasons. Public health, with the system that works to guarantee it, can be a precious asset but also a formidable control tool.

As an artist, I invite all of us to always keep our eyes open and our mind alert: we cannot easily trade our freedom. On the other hand, neither in Italy nor anywhere else, I’ve had the perception that governments really have cared about changing things for the good of their entire population. I have the impression that the world's wealth will be distributed even more inequitably.

However, in this period, I’ve worked especially with digital painting and here I show you a video that I made with this technique and which is titled "Amabie".

Multidisciplinary artist and curator, I was born in Novara on 4/10/1968, I usually live in Rome (Italy) or in Osaka (japan) and I’ve worked especially in Italy, England and Japan. Graduated in Arts in Milan, I specialize in art history and pedagogy; I have a postgraduate degree as a specialist in audiovisual productions.

I curate community art projects for the artistic, cultural, aesthetic, social and socio-economic development of communities.

• Tor Sapienza "Quartiere d'Arte" (winner in 2005 of the contest "Ideas in common" promoted by the Municipality of Rome for the quality of life of the city),
• Morandi a colori (project invited to the Biennale of Public Space in Rome in 2017 for the theme of public art)
• Pinacci Nostri, one of the most productive project of public art in Rome.
•
I am one of the main activists, as well as an artist in permanent exhibition, of the MAAM, Museo dell’Altro e dell’Altrove di Metropoliz_città meticcia (Museum of the Other and the Elsewhere of Metropoliz_mixed-race town), where also I live in Rome.

Metropoliz is a very special place; an occupation of more 200 people from a lot of different countries that have suffered severe housing crisis. Now it is a famous contemporary art museum that has seen the participation of more 700 artists from many countries to defend its inhabitants and their human rights.

I am president of the Giorgio Morandi Municipal Cultural Centre in Rome. As a teacher, I carry out artistic projects with schools of all levels, community associations, prisons and psychiatric care centres, with people of all ages, from children to the elderly.

I have been collaborating for 3 years with Villa Medici, the French Academy in Rome, for which I made 4 permanent artistic works for the classroom of educational activities.

Last year, for the MACRO Museum of Contemporary Art in Rome, I created a one-week personal artistic residence as painter, and a two-week collective project where I directed workshops, performances, exhibitions and events with the Japanese group Play Art Meme (PAM), founded for the occasion.

With another Japanese group, Contemporary Art Unit MAGURE, in July 2019, I made an exhibition for the PAVART Gallery, and a day of performances and production of artistic works at the MAAM.

Last summer/autumn I was in Japan for three months with many projects and exhibitions as artist and curator. Projects included:
• "Summer World" project I directed and participated with PAM and other local artists at the Kawara Museum in Katahama from September 1st to September 16th 2019, in partnership with Aichi Triennale.
• solo exhibition "Metropoliz Città Possibile", curated by Yuhei Takada at the Kobe Kitano Museum in Kobe from 13 September to 30 October 2019, including the AMACI Day of 12 October 2019.

My artworks have been exhibited in many public spaces and museums, also at Tate Modern in London (but in this case the exhibition was illegal), in Lithuania, France, Germany and other countries. I have also much experience as actor and theatre director. 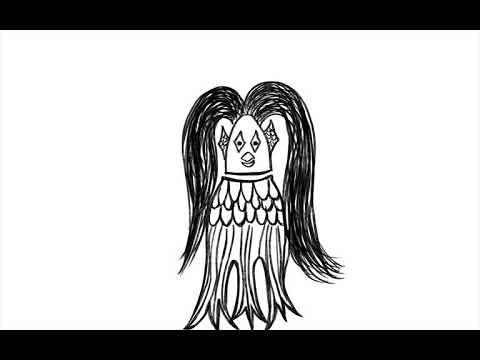 My experience with lockdown was a bit tough because I didn't leave the house for more than two months, I had some mild flu-like symptoms. Given my att...