Covid-19 hasn’t stopped the spread of billionaires, who multiplied at an astounding rate over the past year. A record 493 people joined Forbes’ World’s Billionaires list this year—meaning the world on average gained a new billionaire every 17 hours since Forbes last took a snapshot of billionaire wealth on March 18, 2020. The previous record for most new billionaires in a year was 290 in 2015. The average net worth of these 493 newcomers: $2 billion. Their average age: 54 (vs. 63 for the overall list of 2,755 billionaires). A full 84% of them are self-made billionaires, who founded their companies rather than inherited them (vs. 72% for the overall list). No country put more names on the Forbes list this year than China, which gained 205 new billionaires. Notable Chinese newcomers include its richest newcomer, 45-year-old Chen Zhiping (worth $15.9 billion), who is chairman and CEO of vaping device-maker Smoore International, and Kate Wang ($5 billion), CEO of Chinese vaping company RLX Technology. At 39, she is one of the world’s youngest self-made female billionaires. The United States has the second highest number of newcomers, with 98. That includes famous faces like Kim Kardashian West ($1 billion), whose beauty and shapewear empire pushes her over the ten-digit mark; Hollywood mogul Tyler Perry ($1 billion); and Apple CEO Tim Cook ($1.3 billion). The richest newcomer is also an American: Miriam Adelson, who is worth $38.2 billion after inheriting the gambling empire built by her late husband, Sheldon Adelson, who died in January. Germany added the third most billionaires this year, with 26, followed by Canada and India, with 19 apiece. In all, 36 countries have at least one new billionaire this year. The youngest fresh face on the list is Kevin David Lehmann ($3.3 billion), heir to Germany’s leading drugstore chain, dm-drogerie markt. He is just 18 years old. The youngest self-made billionaire to join the billionaire ranks this year is Austin Russell ($2.4 billion), the 26-year-old founder of laser lidar startup Luminar, which makes sensors that help self-driving cars see in 3D. Russell is one of ten new billionaires who have gotten super-rich cashing in on the SPAC boom over the past year. Short for “special purpose acquisition companies,” SPACs are blank check companies that go public in search of a private company to acquire and thus take public. Russell merged Luminar with a SPAC in December 2020. Other newcomers include serial SPAC sponsors Chamath Palihapitiya ($1.2 billion) and Bill Foley ($1.9 billion). Others created new wealth an old fashioned way: by taking their companies public through a traditional IPO. Whitney Wolfe Herd ($1.3 billion) took Bumble, the woman-centric dating app she cofounded in 2014, public on the Nasdaq in February—becoming the world’s youngest self-made female billionaire at age 31. The richest new woman on the list also debuts after an IPO.


All data is taken from the source: http://forbes.com
Article Link: https://www.forbes.com/sites/chasewithorn/2021/04/06/nearly-500-people-have-become-billionaires-during-the-pandemic-year/ 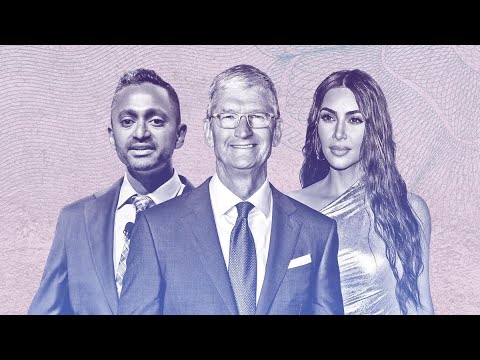 Covid-19 hasn’t stopped the spread of billionaires, who multiplied at an astounding rate over the past year. A record 493 people joined Forbes’ World’...