The move brought a strongly-worded response from EU leaders. “This action is unacceptable, lacks any legal justification and is entirely groundless. It targets the European Union directly, not only the individuals concerned, ” Sassoli, European Commission President Ursula von der Leyen and European Council President Charles Michel said in a joint statement.

“This decision is the latest, striking demonstration of how the Russian Federation has chosen confrontation with the EU instead of agreeing to redress the negative trajectory of our bilateral relations,” they said. “The EU reserves the right to take appropriate measures in response to the Russian authorities’ decision.”

The Russian foreign ministry listed Sassoli and Jourová — a Czech politician who is the Commission vice president for values and transparency and has led an EU campaign against disinformation from Russia and China — among eight officials barred over sanctions imposed by the EU last month.

“The European Union continues a policy of illegitimate, unilateral restrictive measures against Russian citizens and organizations. In March 2021 alone, six Russians were subjected to illegal EU restrictions,” the ministry said in its statement.

The other officials banned by Moscow included Jörg Raupach, Berlin’s public prosecutor, a Swedish Defence Research Agency official, three officials from the Baltic states, and Jacques Maire, a member of the French delegation at the Council of Europe’s Parliamentary Assembly.

The ministry did not say why those specific officials had been targeted but its statement referred to sanctions imposed by the EU on March 2 and March 22.

On March 2, the EU and U.S. imposed sanctions on senior Russian officials in response to the poisoning attack and jailing of opposition leader Alexei Navalny. On March 22, the EU sanctioned two Russians accused of persecuting gay and lesbian people in the southern region of Chechnya.

Reacting to the entry ban, Sassoli wrote on Twitter: “Apparently, I’m not welcome at the Kremlin? I had suspected it a bit… No sanctions or intimidation will stop the [European Parliament] or me from defending human rights, freedom, and democracy. Threats will not silence us. As Tolstoy wrote, there is no greatness where there is no truth.”

Jourová issued a defiant statement, laced with irony. “I also want to express my support with others who were sanctioned today. I am pleased to be in such good company,” she said.

“I will continue to stand up for human rights, for media freedom and for democracy. Russia’s constant efforts to sow disinformation and to undermine human rights deserve strong and continuous reaction. If this is the price for telling the truth, then I will gladly pay it,” she said.

Manfred Weber, chairman of the European People’s Party group in the Parliament, expressed solidarity with Sassoli and Jourová and said: “Mr Putin, you can sanction as many MEPs as you want, but you won’t silence us.”

An EU diplomat said Russia was using a carrot-and-stick strategy with the bloc — offering its Sputnik V coronavirus vaccine as a carrot to “friends” while hitting “reasonable” EU members with sanctions.

“Will somebody in the EU show enough guts at least to summon Russian ambassador [Vladimir] Chizhov?” the diplomat asked.
https://www.eudebates.tv/ #eudebates 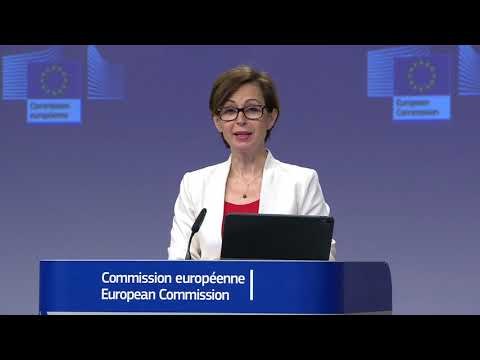