Difficulties never come alone in the EU. The German Constitutional court’s decision to halt the ratification of the EU’s recovery fund on 26 March is the latest challenge faced by the EU in the battle against the Covid-19 pandemic. https://www.eudebates.tv/ The news came as the vaccine rollout in Europe faces difficulties, postponing the return to a full-speed economy, and there are doubts about the size of the European stimulus.

French president Emmanuel Macron and analysts have questioned whether the €800 billion fund will be sufficient to cope with three waves of the virus and accompanying restrictions. Moreover, while the US recession was half of the European downturn last year, Washington’s extra spending is twice the size of the European stimulus, and President Joe Biden’s administration is considering a fourth package.

A new EU joint stimulus does not appear in sight. But member states are ready to consider national additional measures, given that the EU economy will not return to its pre-crisis level until mid-2022. To that end, the bloc will continue to suspend the Stability and Growth pact, the rules controlling national deficit and debt levels, into next year.

In addition to the suspension of the Stability and Growth Pact, the Commission has also eased its state aid rules to facilitate public support to companies hit by the pandemic and the restrictions.

The austerity from the past crisis has been left behind. But public resources alone will not be sufficient given the immense investment needs.

The European Commission projected last May a cumulative drop in private investment of €831 billion for 2020 and 2021.

On top of that, the effort required to deliver the green transition and digital transformation are estimated to amount to at least €595 billion per year.

“As we work to build the recovery, we must avoid repeating the mistakes made a decade ago. We must equip ourselves with the tools to support private investment,” said Economy Commissioner, Paolo Gentiloni, last Spring.

Europe needed more than a decade to recover the pre-crisis investment levels in the aftermath of the last financial crisis. Now it does not want to commit the same mistakes.

But the challenges ahead are many. In spite of the favourable financing conditions facilitated by the European Central Bank’s (ECB) loose monetary policy and the extraordinary levels of public support, lower profitability and elevated uncertainty are expected to weigh on investment, said the Commission in its autumn forecast. Investment in the EU and the euro area are not expected to remain their pre-pandemic level.

In its 2020-2021 investment report, the European Investment Bank (EIB) said that “the dangers are numerous: massive public spending is too untargeted; Europe falls behind the new wave of digitalisation; it fails to make the transition fast enough; and it loses the advantages of its leadership in green technology.”

“Failing to live up to these challenges means more than just a longer recovery. It means that Europe’s sustainability, competitiveness and prosperity might be impaired for decades to come,” the report said.

With public debt ballooning across the bloc, the Commission, the ECB and the Eurogroup insisted on moving toward more targeted measures, to support viable companies in hard-hit sectors during the pandemic.

But as Gentiloni and Eurogroup president, Paschal Donohoe have admitted, it will not be an easy task to identify viable firms that deserve to be saved from their debt burden.

Looking at the post-pandemic world, the Commission is working on a review of state aid rules to simplify and streamline the process, in some cases, to facilitate public support in priority areas, including the Green and Digital agendas.

In regards to corporate finance, support should move from short term measures to funding that spurs investment and innovation, including more equity or equity-type finance.

For that reason, the Luxembourg–based institution said that support for progressing on the capital markets union is “crucial”.

After a decade-long recovery, European venture capital and private equity markets rose by 12% to €95 billion in 2019.

Nevertheless, it remains to be seen whether the pandemic will have such a big impact on the European private equity and venture capital markets as the 2008 financial crisis. 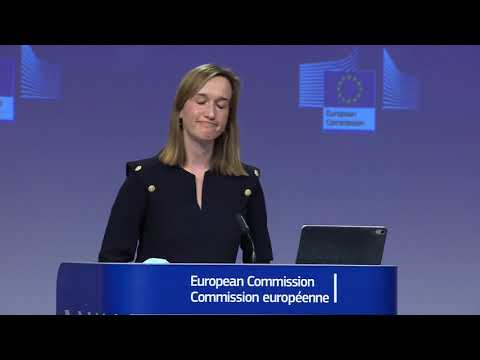 Difficulties never come alone in the EU. The German Constitutional court’s decision to halt the ratification of the EU’s recovery fund on 26 March is ...