This Semi off-roading and the winter testing shows that Tesla may be another step closer toward its Semi truck production.

Yesterday, YouTube user Tvlog posted a video on his channel. Judging by the description, he saw Semi in Olympia WA. The truck looked very dirty, which indicates that it was tested in off-road conditions.

u/TheSneakinSpider, who posted on Reddit about it, claims the truck had Alaska license plates. This may indicate that the Semi was tested not only in Canada but also in the part of the Earth with an extreme climate - Alaska.
Another video, on which you can see the dirty and frozen Semi, which is transported by a truck, was posted by Twitter user John D..

Judging by the appearance of these trucks, we can confidently say that they have passed rigorous endurance tests, perhaps Tesla Semi passed some off-roading test as well. 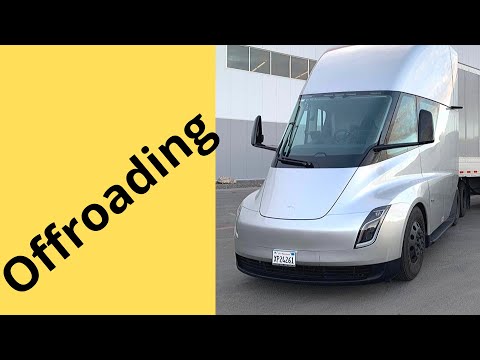 A few days ago Tesla Semi trucks finished off-roading and winter testing, another step closer toward production. Recently, a video appeared on the Int...