This tells us that Tesla's Berlin Gigafactory has started the first production test of Model Y.

In one image we can see an up-close view of a Model Y frame, with another in the background passing through the machines.

In the second image, we see a wider view of a different section of the production line, showing several robots handling what appears to be at least three Model Y castings.

Also, Tesla's application to add a battery plant to Giga Berlin gets scheduled for a final public review. The plans will be available for the public to comment on from June 13 up to July 14.

In its initial phase, the battery factory is expected to have a 100GWh annual production capacity. This will make Giga Berlin’s battery plant by far the biggest cell factory in the world.

This is Armen Hareyan from Torque News. Please follow us at https://twitter.com/torquenewsauto on Twitter and https://www.torquenews.com/ for daily automotive news. 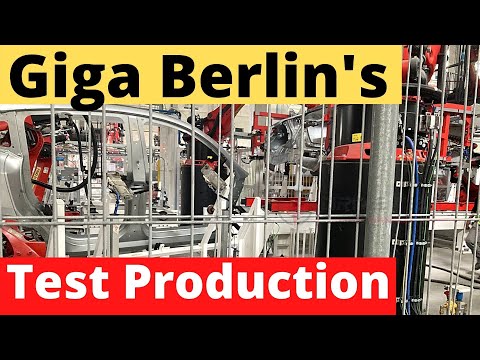